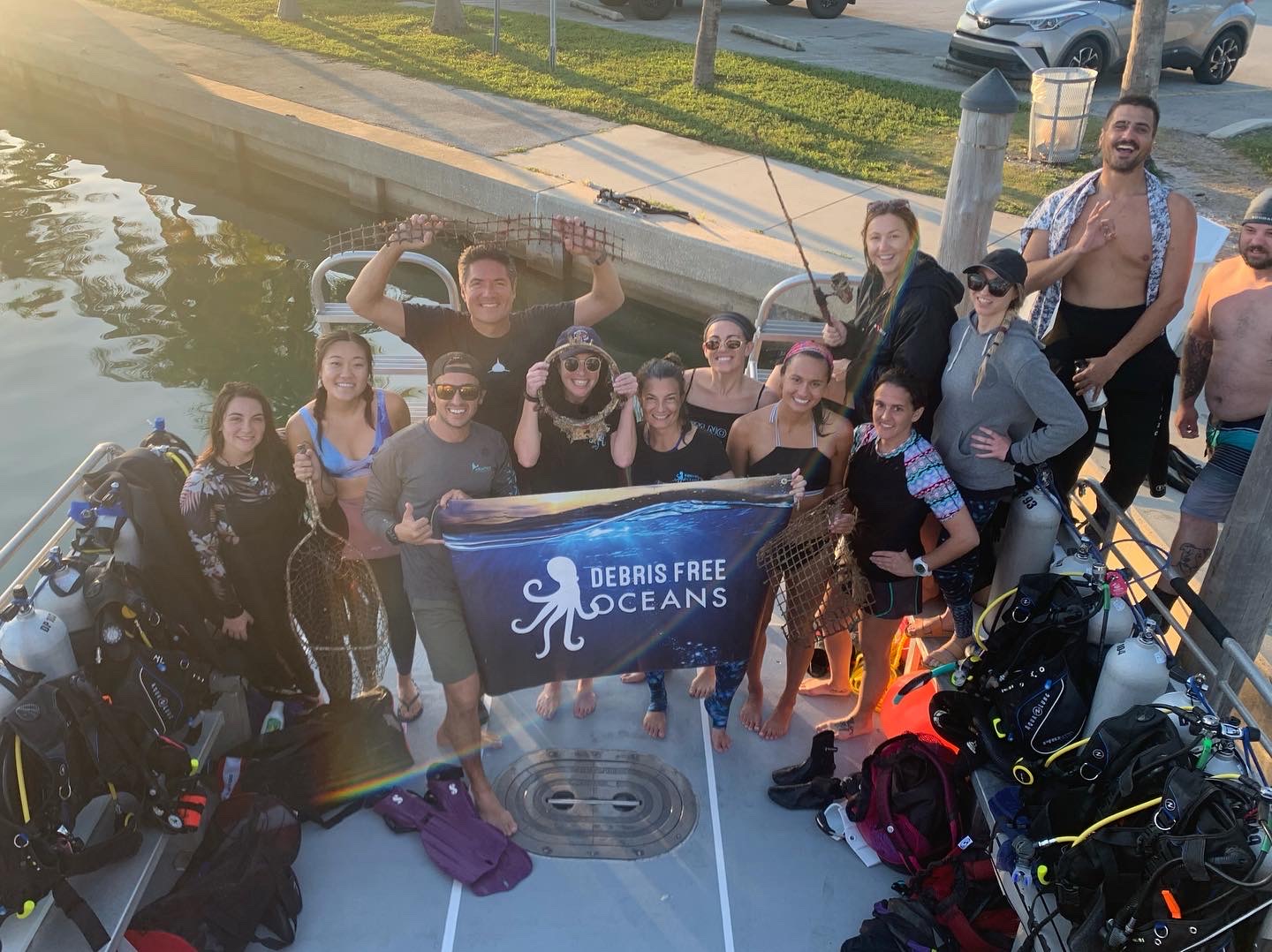 Reef-cleaning group is saving ‘the crown jewel of Florida’

Climate change and pollution are to blame, and our reefs in Florida are under threat.

In this week’s ”Don’t Trash Our Treasure,” Local 10 News jumped into the water with Debris Free Oceans to show how they’re fighting to save our reefs by cleaning up all the trash we dump on them.

A mile offshore of Fisher Island, just south of Government Cut, divers cleaned up a patch reef about 10 to 15 feet below the surface.

“The mission is to remove marine debris from the reef, so fishing line, plastics, cans, bottles, bags and prevent them from smothering our reef or being consumed by our fish and marine life,” said Maddie Kaufman of Debris Free Oceans.

She is the program and outreach director of the Miami-based organization dedicated to cleaning up all the trash and litter plaguing our beaches, reefs and ocean.

“In 2021 … a new paper came out that found that there was 24.4 trillion pieces of plastic in the ocean now, which is 60 times the number of stars in the Milky Way galaxy,” Kaufman said.

On this day, with the help of Diver’s Paradise in Key Biscayne, Kaufman led a team of 11 divers committed to preserving one of Florida’s most valuable resources.

“Our reefs are the crown jewel of Florida — specifically of Miami,” she said. “They protect our coastlines. When storms come in, reefs can buffer wave energy by like 97%. They provide the food we eat, they provide recreational opportunity.”

The National Oceanic and Atmospheric Administration estimates that South Florida’s coral reefs have an annual asset value of $8.5 billion.

But right now our reefs are under threat. Climate change is increasing ocean temperatures, changing the ocean’s chemistry, causing bleaching — outbreaks of algae, bacteria, and disease — as human pressure strangles our corals with pollution and marine debris caused by irresponsible fishing.

“When there is fishing debris that’s out on the reef that’s left behind, it can float around and trap our turtles and trap our fish, trap rays and trap sharks,” Kaufman said. “And they’re not able to get out.”

And so on this dive, we picked up the many pieces of abandoned traps, painstakingly removing yards of abandoned rope that’s tangled and tied, careful not to remove any living coral now growing on some of those ghost lines.

“There’s like hundreds of thousands of derelict traps that are left by the commercial fisherman and commercial lobster fish industry every single year,” Kaufman said.

After about an hour we surfaced, pulling up 60 pounds of debris

A second dive at another nearby patch reef showed that it too was littered with fishing line, pieces of traps and plastic. At the end of that dive, 38 pounds of debris were removed that otherwise would’ve stayed on the ocean floor.

“We definitely saved some corals by getting rid of all this rope,” Kaufman said.

And for this team of devoted divers, protecting what they love is what it’s all about.

“I love our ocean and it’s a beautiful place and we want to keep it like that,” diver Katy Roth said.

Added diver Lucia Speroni: “It inspires people to make a change. To boat more responsibly, to fish more responsibly to try to use less plastic, so I think that’s kind of mission accomplished.” 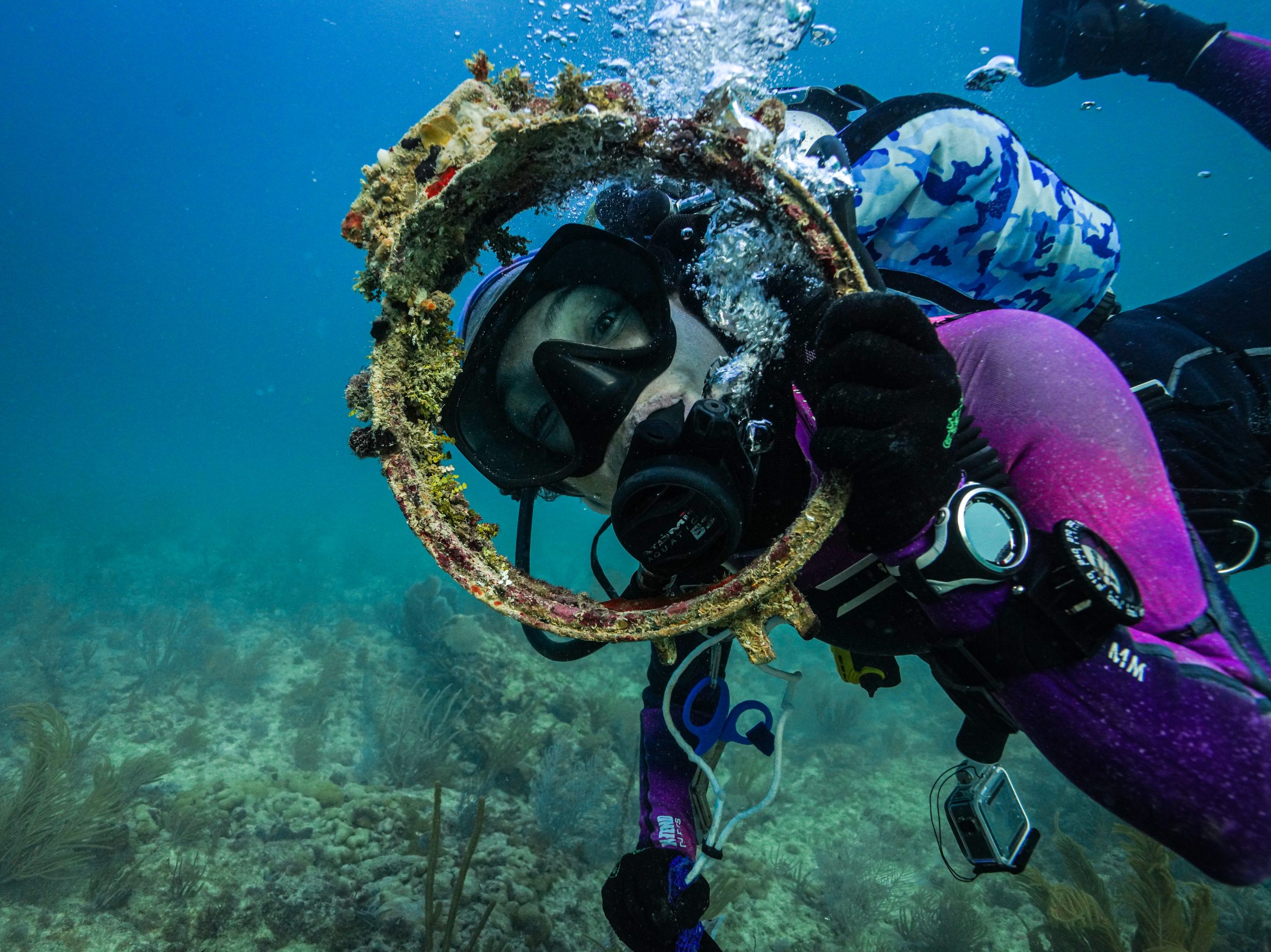 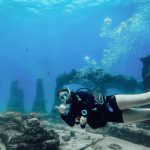 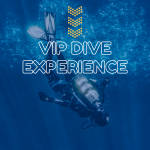